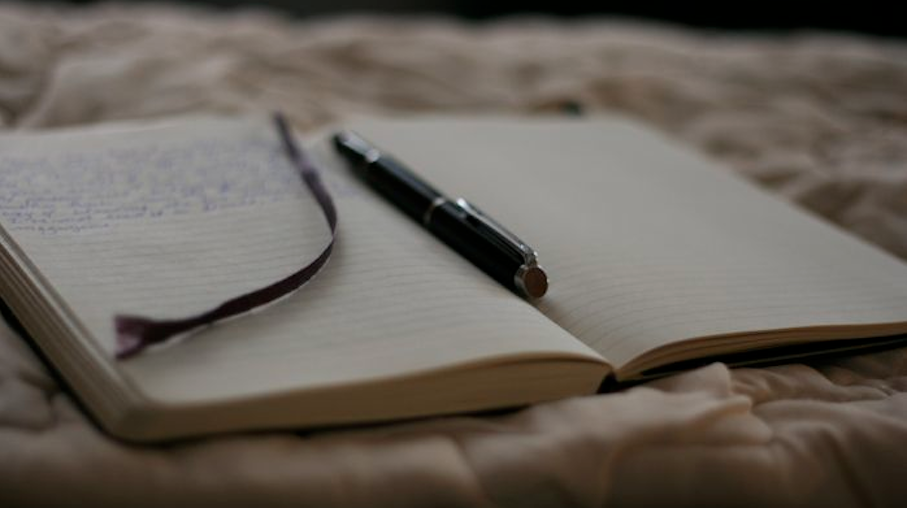 Written by on December 3, 2020. Posted in Uncategorized

Proudly Supporting the Kids of Macarthur

Ingleburn RSL is proud to once again support The Kids of Macarthur Foundation with a $10,000 donation. Now in its 20th year, the Kids of Macarthur Foundation plays a crucial role in providing Paediatric units in Campbelltown and Camden Hospitals with state-of-the-art technological equipment in order to enhance the level of health care offered locally. Equipment is purchased for the eight paediatric units in Campbelltown and Camden hospitals (Children’s Unit, Paediatric Ambulatory Care, Paediatric Emergency, Paediatric Allied Health, Special Care Nursery and Child and Adolescent Mental Health plus Maternity, Delivery and Post Natal Units).

Funds also go towards numerous Children’s research programs, in order to establish preventative initiatives relating to children’s health, specific to the Macarthur region. Ingleburn RSL Director, Polly Grundy said “We are once again delighted to be able to support the vital work that The Kids of Macarthur Foundation conducts for the local community. The life-saving equipment and support they provide to the local paediatric units has proven to enrich the quality of care for sick children in Macarthur over the past 20 years. We congratulate Kids of Macarthur on this significant milestone and look forward to continuing our support into the future”.

For more information or to make a donation simply visit www.kidsofmacarthur.com.au/how-to-donate/ 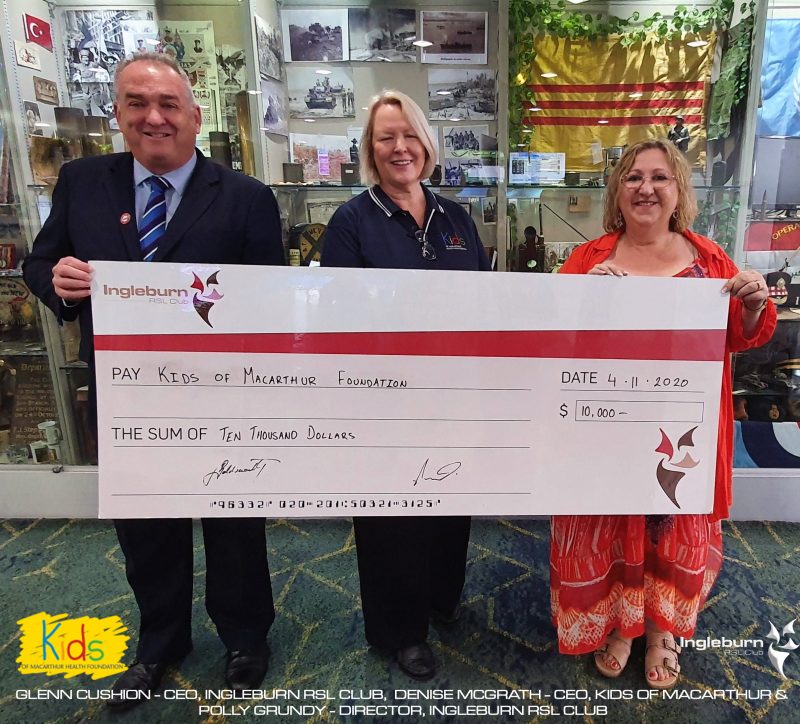 Written by on November 18, 2020. Posted in Uncategorized

Written by on November 12, 2020. Posted in Uncategorized 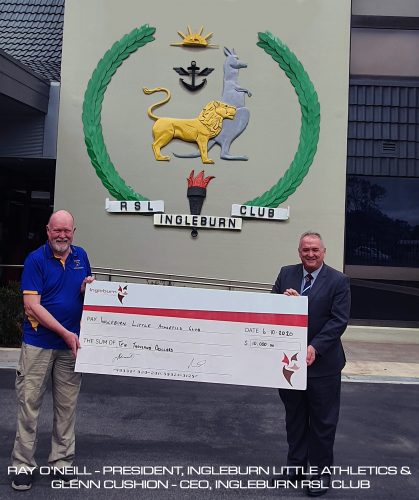 Ingleburn RSL is proud to once again support Ingleburn RSL Little Athletics with a $10,000 donation for the purchase of new uniforms. Ingleburn Little Athletics achieved an enormous milestone this year celebrating 40 years in the local community. This financial support will help continue to build grassroots athletics in the Macarthur region in order to ensure the continued success for many years to come.

The path towards ownership

Many years ago, a wise man said to me “it is a long time looking forward however it is always a shorter time looking back”. On many occasions and examples in my life this has been true for me. For the purpose of this account, I am reflecting on these words and perhaps at the end, you can decide if it is “a short time looking back”?

On Wednesday 30th September 2020, at approximately 2.20pm, I received a call from our bank manager and in his voice was a touch of glee when he said “Congratulations!”.  At that point, many years of determined effort had finally come to fruition and our long-term strategic goal had been realised.  Ingleburn RSL Sub-Branch Club Limited had settled with the Ingleburn RSL Sub-Branch for the sale of the Sub-Branch property and our ownership of the club premises was at that point a reality.   With a modest mortgage in place, the future of our club is now clearer and unincumbered planning and improvements can take place.  This process would now be free of the burden of what was a challenging lease, that at times, reflected an almost impossible weighted handicap.

This journey for me personally commenced in late 2011, some nine years ago.  At that time, there was much to learn and understand about the complexities in place between Ingleburn RSL Club the Sub-Branch, RSL NSW and ‘The Lease’ that existed between the Club and the Sub-Branch.  We operated under a ‘model lease’ and the expiry date being 31 December 2018.  In those early days, it is fair to say the idea of purchasing our club property was considered, at best, out of the question.  Often, I would typically hear the words, “It will never happen”.  This common mindset was based on past encounters between the club and the sub-branch where things were often tense, unfriendly and mostly unproductive.  In the eyes of the protagonists, there was no club credibility on the table.  A bitter legal process some years earlier resulted in a lease of 15 years commencing in January 2003.  The whole process that occurred at that time, impacted relationships for the years ahead.  In my early days at Ingleburn RSL, it was not uncommon, in informal chats with many different stakeholders about a possible sale of the club premises, for members of the sub-branch to strongly criticise club directors’ past and present for any part they may have played in the lease of 2003.

Hindsight is a wonderful thing and, in this case, very true.  Many hours of listening and learning laid the foundation for the long, patient and persistent journey ahead towards the end goal – ownership.  Building credibility was an essential foundation with stakeholders on all fronts, including the Club Board, Management, Staff and Club members, the Sub-Branch Trustees, Executive and Sub-Branch Members, the Bank, Solicitors, our community and many other parties.  This would underpin the belief that it could be done, it deserved to be done and it would benefit all members and the community.

From day one, trying to buy the property from the sub-branch required patience, persistence, credibility and empathy.  Understanding that the sub-branch is unlikely to be a motivated vendor will be helpful, remembering they most likely are in a position where they do not need to sell.  With that in mind, there was often a lack of urgency, not out of anything other than the fact in our case the Sub-Branch really had no reason to sell.  To add to this situation, the inquiry into RSL NSW was taking place, which resulted in new CEOs, Presidents and officers at RSL NSW Head Office, creating additional layers and challenges.

Hopefully, our shared journey in some small way acts as a guide for others. For us, it was truly a gift.  Learning continuously about how key members of the sub-branch thought and operated was essential.  A key takeaway from our many meetings was to reflect on the ‘fears’ of the Sub-Branch about the future and the need to maximise efforts to calm those concerns.  It is important to remember the property is an asset that is valued in many different ways by all stakeholders.  Like any vendor, they naturally want to maximise their asset.

Consistency in messaging, articulated in a considered and respectful tone, underpinned by your ability to smile at all of the objections, comments and at times outlandish, unreasonable and inaccurate comments, is key to building trust to signature.  Another lesson for us was to ignore aggression and always act respectfully and professionally – often easier said than done, however well worth it in the end.  Keep a clear eye on the objective – the sale and ownership.

It would be remiss of me not to acknowledge the support of Ingleburn RSL Club Past Chair and current Vice President Ray Williams and current Chair Terry Goldsworthy and the full Board of Directors.  Their ongoing support, encouragement, patience, and most importantly faith, underpinned by the trust and delegated authority bestowed upon me was always inspirational, a privilege and an honour.

If you are a club that leases a sub-branch property, there is a path forward built on credibility, reliability, patience, persistence and empathy.  All parties have needs and wants and at the end of the day, we all want the members and the community to continue to have an RSL Club that is local, thriving and has a future.

Good luck with your journey, never give up. 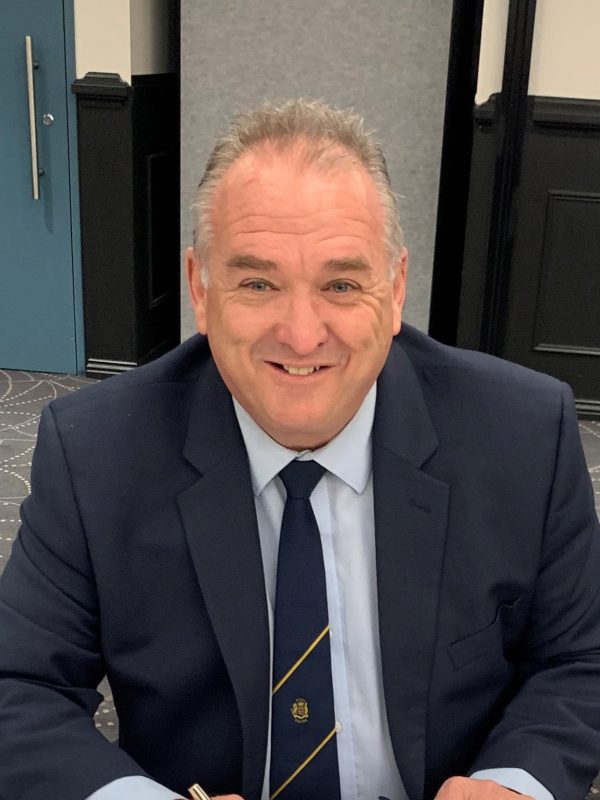 Written by on October 21, 2020. Posted in Uncategorized 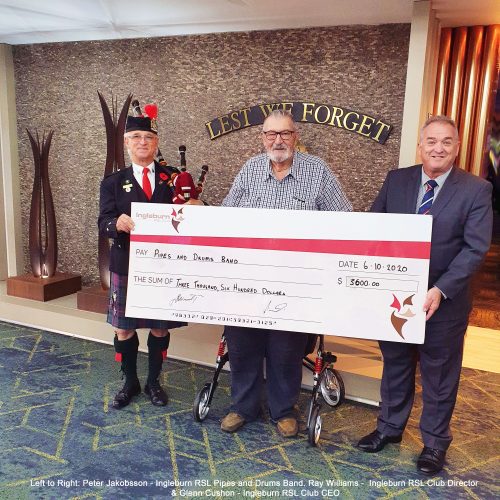 The band began in 1976 and wow’s audiences with performances both locally and overseas.  The Pipes and Drums Band regularly performs at Club events and they also perform  in the local and wider community.

Free tuition is available on all Pipe Band instruments including Bagpipes, Snare drums, Tenor drums and Bass Drums. Everyone is welcome to attend, for more information please email irslccpd@gmail.com